Hello Captain, It’s been some… time since our last contact. I have been occupied with certain other matters but now I am back with some new intel on The Thing 2 RPG v2.5 update.

General
A bunch of tweaks, balances and minor new features in game such as extra skills, some new weapons/items etc.

Prequel Mode
4 New *Voiced* Crew Members to appear scattered around the ship (You are not notified about these by Jose)
A New subplot on the ship involving a group of Spectres that change sides. There are 6 New *Voiced* characters who can be recruited if you follow this plotline. It’s optional but the soldiers are well trained and come with extra gear. This comes with a new boss battle and special relic gear.
A big difficulty rebalance for the Spectres introducing new variants and special types. Generally the more common ones are a lot easier to fight now. These New Spectres also appear in other modes in events where you fight spectres.
A new “Outbreak” on the ship. There’s been some sort of mutation! This introduces new enemies exclusive to Prequel Mode. These are Thing/Spectre Hybrids.

Facility Survival
There’s some minor tweaks in places planned for this mode.

If anyone is interested in Voice Acting please send me a Private Message. I have a few places left to fill. 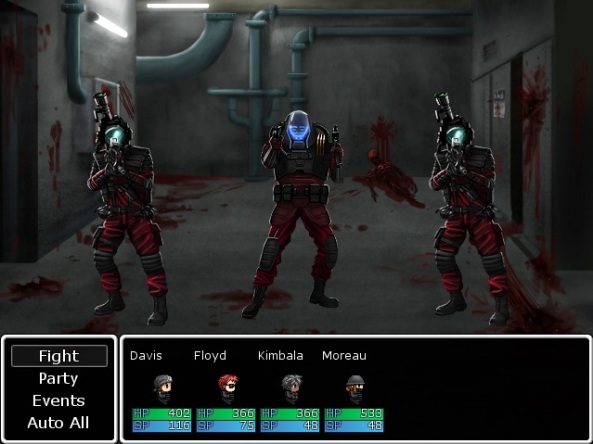 “Alpha” is a new optional boss in Prequel Mode. Defeating him will advance the new subplot and allow you to recruit him. He’s tough but he’s a valuable recruit to your team. He wields special dual Mac-10’s which you can obtain after beating him. 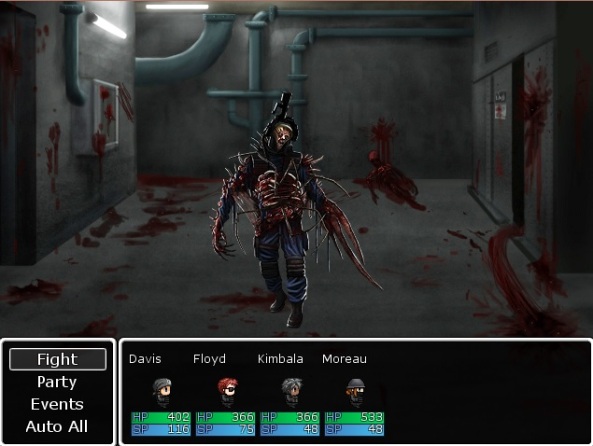 The “Seeker” is a new enemy exclusive to Prequel Mode. There has been a viral leak in the lower ship levels and several Spectres have been exposed directly to a special variant of the Thing’s DNA. The seeker is the basic mutation and isn’t much of a threat alone… 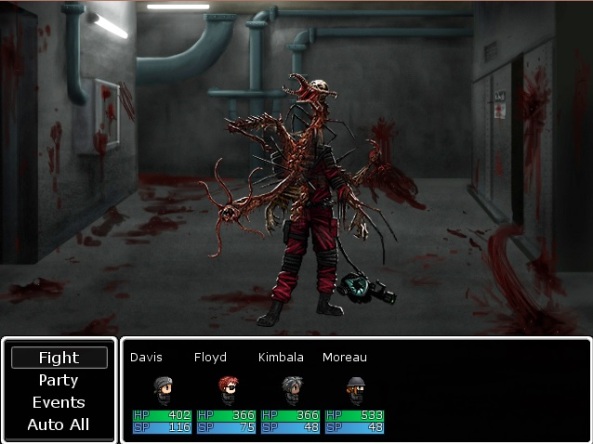 The “Riler” is another new mutation. The Riler is tougher than the seeker and has a special ability to “call” extra mutants to the battle. Do not underestimate this one… 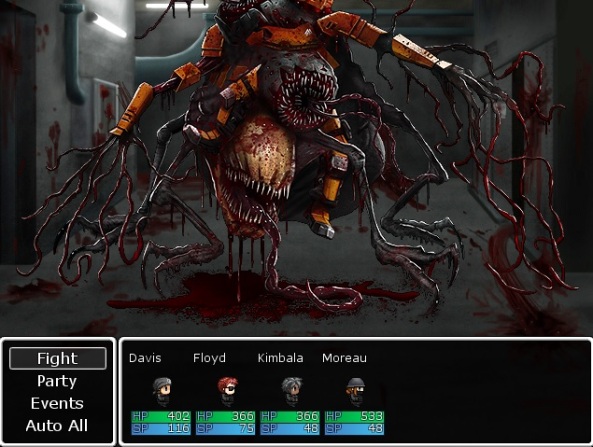 The “Bulwark” is another new mutation. This horrible fiend is brutish and relentless. It deals heavy damage, utilizes the “Odin”s armor for defense and can flip into a rage anytime. The chance of this appearing is lower than other mutations but if you’re unlucky you may have to fight up to 2 at once!

The “Ghost” is another, rarer mutation. It sneaks around and while it isn’t particularly strong it’s evasive and has a higher than normal chance to deal critical damage.

YouTube user Sadonrii has beaten the 3 main stories in the game now. You can find the playlists on his Youtube channel. Until I complete the walkthrough on my website I recommend using his videos as reference if you get stuck. I have completed the Unlockables Guide on my website if you want to know how to unlock things (spoilers there).

I was busy modding & playing Xcom2 when it released and I spent the last couple of weeks making a demo for someone too. A new version of RPG Maker came out in 2015 and I did consider porting the thing over for a while and I’ve had numerous requests from people to work with them but I have had to think about what is most beneficial to me. I will be taking a course soon but I will also be teaming up with Sadonrii to make a new game taking features from The Thing 2 RPG as a foundation. I will release more information about this on my website as things get more organised.

I can’t really give an estimated time for the v2.5 update yet, the audio is being remastered and I’m getting help with some test runs and of course Audio still needs recording for the game. I hope for those of you that played the game you got a lot of value out of it and hopefully you enjoyed it. If you’re new then download the game, it’s free. Don’t knock it until you’ve tried it.