Here’s a quick update for any of the news/images missed on the ModDB site Captain.

Record & Master the 5 remaining VA sets needed (Having Trouble with this)
Test New Prequel Content & additional Story Scene to make sure they work
Get Artwork Completed for the Remaining Spectre Enemies (3 Variants for the Spectre Elite and 1 New Spectre-Boss enemy)
Get Artwork Complete for & Reveal the 4 New ???? Enemies exclusive to a new event that occurs in Prequel Mode… (SomeThings goes wrong in the B4 Epidemic Prevention Block)
Release v2.5 Update

YouTube user Sadonrii has finished his let’s play of Prequel Mode. He did a fairly good job and exceeded expectations. (Spoiler Warnings)

Blue Spectres have a 2/16 chance of being replaced by new types. One of these is the “ODIN”; A Mighty Juggernaut suited up to take damage in the field. The ODIN has 2 variants. One that uses a Magnum & Shield to protect weak allies. The Other opts for the shotgun approach. Both of these pack Hand Grenades, Nitro Grenades and CS Gas Grenades. Beware the ODIN Captain… 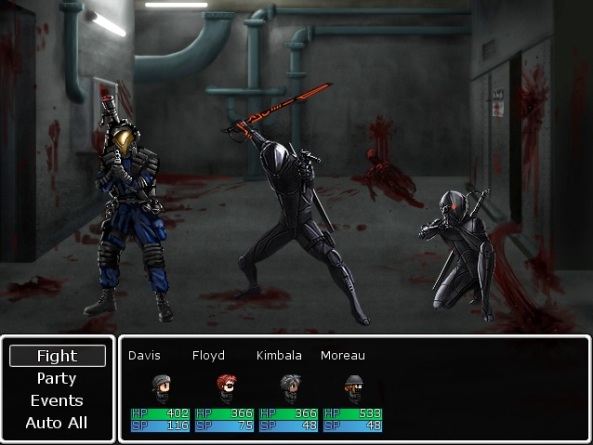 Blue Spectres have a 2/16 chance of being replaced by new types. One of these is the “ASIN”; A sneaky ninja-like assassin that uses stealth and trickery to evade enemies and hunt down its target. The ASIN has 2 varaints. One that uses a Micro SMG and Sword (You may be able to ‘acquire’ this sword) who slashes foes and sprays a hail of gunfire. The Other does have the sword but opts for taking enemies out at range with a sniper rifle. Both of these pack Flash, Gas and Smoke Grenades. Before you even see the ASIN in battle it will already be too late Captain…

I don’t like reducing difficulty of enemies. The Regular Spectre has been weakened a lot and so I introduced the ODIN & ASIN variants to counter some of that. Another complaint/annoyance with the average spectre was the SMG. Damn that SMG is deadly and so we have introduced the Dual Handgun version to ease up on the player a little. Don’t get too comfortable though as sometimes you might get an ODIN or ASIN to fight instead!

The Elite Spectre (Red) is next on my list for changes so stay tuned to ModDB for image updates as they become available. Be careful out there Captain; oh and one more Thing… SomeThing stirs inside the ship captain, some sort of… mutation….